Divorce is Expensive, But Don't Skimp on a Lawyer

Everyone knows divorce is expensive. According to Darren Gingras, President of The Common Sense Divorce (with which I am affiliated), the average divorce costs $15,000 to $25,000 depending on whether the courts have to get involved. Is it any wonder people would rather DIY?

You might be tempted to take family law matters into your own hands because you’re trying to save money.

Maybe you don’t think your case is particularly complicated. Perhaps you have a basic mistrust of lawyers and the legal system’s penchant for making everything more complicated than it need be.

Or maybe you just don’t want to spend the money; splitting assets is going to leave you broke enough!

Hey, I hear what you’re saying. But I’ve been divorced enough times to know that if you don’t know what you’re doing — and if you’re not a family lawyer, you don’t — you could miss some important things that will screw with you later.

No, I’m not saying you have to hire a gunslinger.

Family lawyers have a name for those documents people like to create for themselves as they are separating: They call them ‘kitchen table’ agreements, because they’re often signed in the kitchen over a cup of coffee. And their eyes flash with delight because they know that untangling the mess made will be profitable for them. Very profitable.

Sure, you’ll save some money if you work out the details of your separation agreement amicably. That’s common sense. But if you don’t get independent legal advice to ensure all the i’s are dotted and the t’s crossed, lawyers and court costs may be in your future.

Take for example the kitchen table agreement that was thrown out by an Ontario court because child support was not implemented according to Ontario provincial guidelines.

And the kitchen table agreement that was nullified because financial disclosure wasn’t done, so one spouse didn’t fully appreciate what she was giving up when she waived her claim to her partner’s pension.

And the kitchen table agreement in which one partner tried to pull the wool over the other’s eyes.

Courts booted those agreements to the curb, leaving them not worth the paper they were written on. And because the courts got involved, those cheap kitchen table agreements got very, very expensive.

Perhaps it is our desire to get out of our current relationship that has us rushing to agree.

Hey, it all seems so reasonable right now. But what about the future?

Will whatever you agree to today stand the test of time?

And how about the tax man? Will he come looking for his piece of the pie?

Creating a legally binding and long-lasting separation agreement doesn’t mean you have to go to court. Nor does it mean that you have to escalate matters.

And you don’t have to give away all of your assets to the legal system, either.

It does mean spending enough money to ensure that your separation agreement is consistent with the your province’s Family Law Act and that everyone involved fully understands what it is that they are agreeing to and signing.

How much is enough? According to Gingras, for a separation agreement to have teeth, you’re looking at about $4,000.

No matter how tempted you may be to “keep the lawyers out of it,” please, please don’t put your faith in an office-supply-store separation agreement kit.

Gingras has seen more of these go south than he cares to think about.

“You want to spend enough money to do it properly the first time,” he says.

In the case of Zheng v. Jiang, 2012, when the court struck down the agreement that had been made by separating partners, it said:
“It seems to me that this is the very type of homemade agreement entered into by spouses who are not properly informed as to the facts and law surrounding their circumstances that (the Family Law Act) was designed to deter. I agree with the statement in Sagl v. Sagl … that “the policy of the Act is to discourage ‘kitchen table’ agreements.”

Every couple faces unique challenges.
Understand how separation will affect you,
your children, your finances and your future.

DO NOT BEGIN NEGOTIATIONS UNTIL you understand your situation, your rights, your potential complexities. 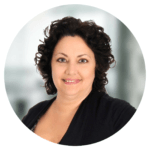 Not everyone is ready to talk with someone in person.  You can call the Common Sense Divorce at anytime and hear a pre-recorded 2 min message about our services.

We will gladly take the time to speak with you about our services and the divorce process in Ontario.  The Common Sense Divorce offers a free 20 min telephone assessment and consultation.

We understand that this is a difficult time and calling us is a big step.  We are going to work hard to make this phone call easier, make you feel at ease and make sure that we respect your privacy.

Calling DOES NOT Mean You Are Divorcing

We understand that you may be just researching and have not made any decisions.  We do not assume that because you are calling, that this means you are divorcing.